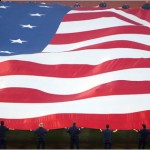 Did you hear the Dis-Honorable Henry Waxman (D, CA) Congressman,   tried in earnest to attach wording to the current finance bill in congress that would have given the  Federal Trade Commission (FTC) expanded powers to restrict access to dietary supplements including herbal supplements and Chinese herbs.

As Fox News reported it was "The Congressional Equivalent of Isner v. Mahut".

The deliberations were nearly as long as the just completed  Isner v. Mahut Wimbledon tennis match. The match now holds the world record for the longest tennis match in the history.

Waxman also had the powerful support of Congressman Barney Frank (D,MA.) Barney Frank closed the conference committee at 5:39 am Friday morning, June 25th after all day and all night deliberations.  Millions of Americans depend on supplements and this was a great win for Alternative Medicine and Chinese herbs. The bill will now be submitted to the House and Senate without language that would have limited access to supplements.  For now anyway, dietary supplements are still available and herbs will still be on the store shelves.

Europe however, is battling for it's herbs and supplements to remain free, we shall see what the outcome will be across the pond in the very near future.