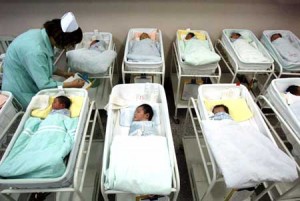 Ok,  this topic makes some heads turn.  I’m sitting at Starbucks talking about my friend who had her placenta cooked and dried and put into capsules after the birth of her baby.   My Starbucks neighbor started giving me strange looks.  Is it just me or if you’re going to eaves drop, is it polite to then give the person a crazy look?  I would have engage the fellow eaves dropper in a friendly conversation on the subject but he split after he heard this story.

So, here is the story.  In China and other parts of the world, the human placenta is considered a valuable source of  nutrients.  The placenta is that which feeds the baby during pregnancy and is otherwise known as “The After-Birth” because it is expelled from the uterus after a birth.  The first Emperor of China used human placenta with Chinese herbs for health reasons some 2200 years ago and it has been used and documented in various culture every since.

Granted, most of us are not familiar with this concept and understandably it can turn some people’s stomachs. The topic came about because of this article in a Chinese newspaper about the selling of human placentas at some smaller Chinese hospitals. Of course, this is actually illegal. They have the same laws in China regarding the ownership of the placenta as we do here.  The mother is the legal owner but she usually gives up her right to it and in that case the hospital should dispose of  it as medical waste.   Well, entrepreneurs are everywhere and when opportunity knocks, they answer.  In China  some unscrupulous types were buying placentas cheap at various hospitals and selling them for profit, and apparently business is good, there is both a supply and a demand.

In America, some mothers do return home with their placenta’s in a cooler.  Some bury it in the yard for religious reasons other will have a Certified Placenta Encapsulation Specialist (there really is such a profession) come to their house, cook it with Chinese herbs and pack it into capsules to supplement the new mothers health.

The preparation work and cooking of the placenta is quite a detailed process and should only be attempted by someone who has the proper training and knowledge.  Cooking the placenta with Chinese herbs is said to improve the blood building and is considered a powerful yang tonic.  The placenta is full of natural oxytocins which are responsible for contracting the uterus, enhancing milk supply, increasing energy and the hormones it contains most probably help with postpartum depression.  Historically Chinese Medicine has used human placenta for those who have low energy.

For you expectant mothers, I happen to know Sara Pereira in Los Angeles who is qualified specialist in placenta cooking with Chinese herbs.  You can reach her at mommyfeelgood.com, I definitely recommend it!

Another blog on the topic of human placenta, Tom Cruise on Oprah talked about eating Katie’s placenta.

2 thoughts on “A Story on The After Birth, How Valuable Is A Human Placenta?”