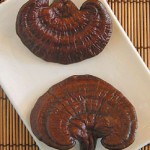 I try to bring important medical research articles to this forum to keep readers educated, through scientific studies, on Chinese Herbs that exhibit extraordinary medical results.  This research was conducted in 2007 and although not as recent as some other studies I’ve mentioned,  it’s relevancy is certain worthy of reporting here.

Researchers at the University of Haifa in Northern Israel, found molecules in the Ganoderma lucidum mushroom, (a popular Chinese herb) commonly known as the reishi or lingzhi in Chinese Medicine which help suppress some mechanisms involved in the progression of prostate cancer. Ling Zhi  seems to be able to slow the progress of disease.  The compounds identified in ling zhi were found help suppress some of the mechanisms involved in the progression of prostate cancer. They disrupt the activity of androgen receptors and impede the proliferation of cancerous cells.

Prostate cancer progression is also associated with increased growth factors  and an altered response to growth factors by prostate cancer cells. It is thought this Chinese herb Ling Zhi helps modulate the signal pathways and may delay prostate cancer progression. This research started with 201 organic extracts from 68 types of fungi prepared with solvents such as ether, ethyl acetate and ethanol. They used these solvents to select molecules small enough to act from within the cells. From the 201 extracts, 11 successfully deter androgen receptor activity by more than 40%. Further testing showed that 169 extracts can inhibit growth of cancer cell. In this study, 14 extracts were found to be active in inhibiting prostate cancer cells.

From these active fungi extracts, the Chinese herb, Ganoderma Lucidum were tested as the most effective in inhibiting androgen receptor and controlling vital development of cancerous cells. "The results of this research are particularly interesting from a commercial aspect. Potential possibilities exist to establish research and development of bioactive components from Ganoderma Lucidum that could yield an anti-prostate cancer drug," remarked Dr. Zaidman.

This article is designed to provided the reader with clinical research results and the potential benefits and or risks associated with CAM (Complementary and Alternative Medicines). The author advocates neither for or against any particular therapy and recommends individuals speak with licensed medicial practitioners before using any Chinese herbal supplements or other health supplements.