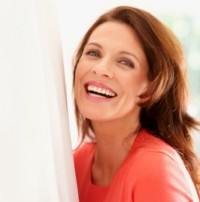 The largest study on on HRT has been completed.  One million British women participated and the results are no surprise.  Well, no surprise to many of us.  As a result of this study the British drug regulator has ordered doctors to now talk to their patients.  Yes, talk, something many doctors don't have time to do.

British doc's have been ordered to appraise their patients of the risks of prolonged hormone therapy (HT), and they must do this annually.  This order came about because the study concluded women are twice as likely to develop breast cancer when taking combined HRT (Hormone-replacement therapy)1.

Millions of British women take HRT to alleviate menopause-associated hot flushes, sweating and mood swings. Around half take a combination of the hormones oestrogen and progestogen.

Over the past decade, some 20,000 extra cases of breast cancer in British women aged between 50 and 64 are attributable to HRT, the new study finds – three-quarters of those are linked to combination therapy. This risk is only associated with HRT taken for ten years or more – cancer incidence falls appreciably the less time a woman spends undergoing the therapy.

Breast cancer due to HRT has also been found to occurs earlier than previously thought.  After only two to three years of therapy. The risk after just one year is negligible, and five years after stopping HRT the risk returns to baseline.

The study also reveals that the risks associated with tablets, patches and implants are the same. "Now we can actually give women an evidence-based answer," says Julietta Patnick, director of cancer screening with the UK National Health Service.

If you are one of the millions of women trying to balance your quality-of-life benefits with the choice of using hormone therapy consider there are other alternatives which have been used in other cultures for centuries. Chinese herbs for menopause like Menopause Relief Herb Pack is one of those alternatives.   There is no risk of uterine cancer and NO increased risk of breast cancer.  Even bio-identical hormone therapy has risks.  We just don't know about them yet because it is so new. Do you really want to chance it?

There is an easier and safer solution. You can have quality of life during the

menopausal years. You can sleep through the night and have a day

You owe it to yourself to do some research and try a natural safe alternative.