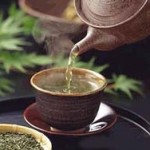 This remarkable research conducted at Yale University is incredible news for Americans.  Asian societies, on the other hand, have used these Chinese herbs for generations and understand that boiling peony root, with licorice root, red dates and skullcap root can help the gastro-intestinal tract especially when one is suffering from diarrhea.

The recently announced research proved a drug made from four traditional Chinese herbs, dubbed PHY906, countered the side effects of chemo in rats.  The researchers decided to give the mice, who were on a chemotherapy drug which has side effects of nausea, vomiting and diarrhea, this blend of natural herbs.   Not only did the four Chinese herbs improve the mices symptoms of diarrhea but it simultaneously cut the cancerous tumors growth.

“This combination of chemotherapy and herbs represents a marriage of Western and Eastern approaches,” said lead researcher Dr. Yung-Chi Cheng.

A study such as this and so many others, are slowly beginning to open up American minds to the incredible health benefits of Chinese herbs. I found it interesting to listen to the interview with Dr. Cheng. He states that the four herbs must be used in combination and cooked together.  Used individually, they did not perform the same function. He says, “deletion of any of those herbs, you have a different impact on three biological endpoints.”  This is exactly what Chinese medicine textbooks have told us for years. It is the combination of herbs cooked together that create the synergy and provide the valuable healing medicinal action.

The use of complementary and alternative medicine (CAM) has become a core component in  treating cancer patients. Diarrhea is one of the major side effects of the cancer drug irinotecan.  According to  Dr. Yung-Chi Cheng this herbal remedy is based on the formula which was first established 1,800 years ago and is also known as Huang Qin Tang. It was historically used and still is used today for treatment of diarrhea and GI disorder[s].  The popularity of natural herbal medicine has been expanding each year in America as more studies like this are published.