H1N1 has been declared a pandemic by WHO  (World Health Organization) and many of us seem to know someone who’s already had the swine flu. 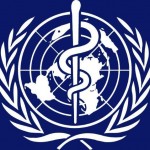 I just heard from a friend  that a cabin full of  12 year old campers were quarantined to their cabin as a result of the swine flu.  Now that were getting more comfortable with the first pandemic in our life time, I want to explore the differences  in responses from the two most powerful governments in the world, the Chinese and the American.

The U.S. official government response  at time of publishing is this:  a state of emergency has been declared and well known pharmaceuticals  such as Sanofi-Aventis,  Novartis, Baxter, GlaxoSmithKline and Solvay  are all  in the process of creating test batches of  vaccines.  Government websites are to report updates within 24 hours once new information is released, unfortunately this rarely happens.   Not very reassuring considering our elected representatives are currently debating health care reform.

The United States Food & Drug Association, FDA, on one hand has given authorization  for use of “unapproved or uncleared” medical products (Relenza & Tamiflu Anti-virals) following this declaration of emergency.  On the other hand, FDA has sent out warning letters to websites to cease the selling  of any product or making any claims about how to prevent and treat the Swine Flu.  I would define this as an aggressive approach   I’m in favor of cracking down on websites that scam the public but since neither Tamiflu or Relenza have proven effectiveness or  have a scientific basis for this new viral strain, how is that any different from selling a homeopathic product, supplement, air purifier, surgical mask etc etc. that also has no scientific data behind it?   This virus strain has never been seen before. How do we know what is the best cure.  Will we really need any medicinal at all?  For most people a few days  of  bed rest is the  cure.  The camp kids are just fine by the way.  The official statement from U.S. Centers for Disease Control says “the majority of people infected with the virus make a full recovery without requiring medical attention or antiviral drugs.”

The Chinese Government has taken a different approach to the H1N1 virus. China is also in the midst of searching for a vaccine and is currently  in the testing phase. China is expanding  it’s capacity for  vaccine manufacturing and  government sources say  “by the end of this year we may produce the amount necessary for 5 percent of the worlds population”.  But the Chinese government has gone beyond the vaccine route. The government has also allocated  nearly 1.5 million dollars (equivalent)  to research  Traditional Chinese Medicine in regards to H1N1.   Four million will be spent on clinical test and the rest on laboratory research for a combination of Chinese herbs that  will best prevent and treat H1N1.  Presently,  China is reporting 1537 confirmed cases of H1N1 and no fatalities.  This is the same government that dealt with a SAR epidemic not to long ago, for which a Chinese herb formula was found successful in treating.

Interestingly, along with this theme, the European Union has  just granted 1 million euros for ground breaking research  for a project entitled “Good Practice in Traditional Chinese Medicine Research in the Post-Genomic Era.”  “Researchers at Kings College in London will review the current status of Traditional Chinese Medicine (TCM) research, identify problems and propose solutions by applying modern methods of investigation as well as providing a forum for the exchange of opinions, experience and expertise among scientists in the EU and China.”

The road map to prevention and cure for this emerging pandemic is being written as we speak. I would like to see the integration of Western and Chinese approaches to medicinal therapies for H1N1,  how about you?   Which direction should our government lead us or should the medical community take the lead rather than the pharmaceutical companies.  I look forward to your comments.