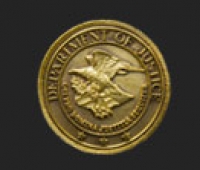 A Press Release from the U.S. Justice Department, Office of Public Affairs on Wednesday, September 9, 2015  announced the owner of  a dietary supplement company is being sentenced to prison for a multi-million dollar scheme in which the company adulterate dietary supplements.

Pleading guilty, the owner admitted that from at least 2009 through November 2013, that he instructed employees to add “fillers” to the vitamin/herbal supplements sold through his company Raw Deal Inc.  These “fillers” were added without customer consent or knowledge.  He also directed employees not to list the “fillers” as ingredients on certificates of analysis issued to its customers as proof of the identity of the ingredients contained in the products.

This topic is one that I have discussed in earlier blogs.  Since starting Pacific Herbs I’ve seen the inner workings of supplement manufacturers.  This announcement from the Justice Department is no surprise.  This company is just the tip of the iceberg. There is a LOT of adulteration happening in the supplement business.  There are a lot of unscrupulous types that choose to deceive the public about what’s in there products.  As a Licensed Health Practitioner first, Pacific Herbs products are a product line you can trust.  We do not add fillers or use solvents to make our concentrated granules.  See the inside of our manufacturing facility here and get the whole story.

U.S. District Court Judge Esther Salas of the District of New Jersey ordered a sentence of  40 months in prison and one year of supervised release. Steinlight was also ordered to forfeit $1 million in profits from his fraudulent scheme. Steinlight previously pleaded guilty to a one-count information charging him with conspiring to commit wire fraud.

“The Justice Department has increased its attention on supplement sellers who sell products that are not what they claim to be,” said Principal Deputy Assistant Attorney General Benjamin C. Mizer, head of the Justice Department’s Civil Division. “We will investigate and prosecute companies and individuals that sell supplements that threaten the health of the American public and drain their bank accounts with misrepresented products.”

The “fillers,” adddd to the health supplements included maltodextrin, viobin cocoa replacer and rice flours, all sold to customers who thought they were buying a vitamin supplement. These “fillers” were added without customer consent or knowledge.

“Buyer Beware” has never been more important!  If you’re going to spend money on supplements,  know where they come from, who’s making them and who stands behind them.  It’s that simple.  There are many excellent companies out there, but the products are not sold at the big box stores.  Stop buying vitamin supplements and herbs full of fillers.  These products are a huge waste of money and they are out there.  This was not the only company doing this.  He just happened to get caught.

Only buy herb and vitamin supplements through your health practitioner or buy from a company that is completely transparent about it’s processing and sourcing.