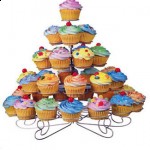 Asian countries  have been using Chinese Herbs for centuries to treat pre-diabetes (impaired glucose tolerance or IGT), the precursor of diabetes but  now there is some scientific evidence to support  the Traditional Chinese Medicine claims.

The  prestigious Cochran Review  has just published a study they conducted on 1391 participants which says “evidence suggests Chinese herbal medicines are able to lower and normalize high blood glucose.”

Pre-diabetes is recognized by higher than normal blood sugar levels.  People with pre-diabetes are advised to change their diets to control their blood glucose levels and prevent progression  to diabetes.  Chinese herbs are believed to work in a number of different ways to help normalize blood sugar levels, including improving pancreatic function and increasing the availability of insulin.

Those given the Chinese herb formulations were less likely to develop full blown diabetes during the study period. Trials included in the review lasted from one month to two years. No adverse effects were reported in any of the trials.  “Our results suggest that some Chinese herbal medicines can help to prevent diabetes, but we really need more research before we can confidently say that these treatments work,” says Suzanne Grant,  lead researcher at the Cochrane Center for Complementary Medicine Research “The real value of the study is as guidance for further trials. We need to see more trials that make comparisons with placebos and other types of drugs, and better reporting on the outcomes of these trials.”