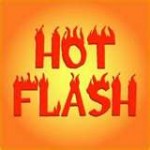 A very important study was just released from Harvard School of Public Health by the National Institute of Health.  This study on women’s health confirmed that combination hormone therapy used commonly for symptoms due to menopause increases a woman’s risk for heart disease.
“New analysis from the Women's Health Initiative (WHI) confirm that combination hormone therapy increases the risk of heart disease in healthy postmenopausal women. Researchers report a trend toward an increased risk of heart disease during the first two years of hormone therapy among women who began therapy within 10 years of menopause, and a more marked elevation of risk among women who began hormone therapy more than 10 years after menopause. Analysis indicate that overall a woman’s risk of heart disease more than doubles within the first two years of taking combination HT.”
My hope is that this study will be read by the throngs of women who visit their medical doctors looking for a quick fix for hot flashes and night sweats.  Understanding these proven risks will surely save lives. There is a better way to treat menopausal symptoms using Chinese medicine and Chinese herbs. This less understood Complementary and Alternative Medicine has been practiced in Asia for centuries with truly remarkable results. Today nearly every community across America has an Acupuncturist and the profession is growing.
Jacques E. Rossouw, M.D., chief of the NHLBI Women's Health Initiative Branch and a coauthor of the paper, added, "Although the number of recently menopausal women who would be expected to suffer a heart attack during the first years of combination hormone therapy is small, the risk is likely to be real.”
The risk  of taking hormone therapy is real!   It can’t be much clearer than that. Yet, to me it sounds like Dr. Rossouw’s statement doesn’t want to cause panic so he says the risk is small. But if even one women dies unnecessarily from a heart attack due to hormone replacement therapy, in my book, that’s one heart attack and one life to many.
I treat many women with menopausal symptoms and I understand how uncomfortable hot flashes and night sweats can be. Routinely I hear the common complaints about quality of sleep, how difficult it is to dress comfortably and all the other dryness issues from hair to nails to skin, etc.   I treat women with Acupuncture and with Chinese herbs. I don’t do anything miraculous as an Acupuncturist, but my patients get great results.  It’s the acupuncture and herbs that balance the body naturally and help ease the symptoms of menopause.
It’s also not a quick fix, many patients come for three to six months on a  weekly basis and are very compliant about taking the herbal formulas. Again it’s not me, it’s Chinese medicine that understands the relationship of Yin and Yang energy in the body and has been perfected throughout the last 2000 years.
My hope is that all women will ease into the change of life and experience little to no uncomfortable symptoms. But when they do, spread the word that help is available using Chinese Medicine and Chinese herbs that does not carry proven risk factors such as heart attacks. Acupuncture is safe and effective when performed by a licensed Acupuncturist. If you need a referral we are here to help. Use the yellow contact button on the left and just let us know your looking for an acupuncturist in your hometown.
I always give links to studies in my articles, here’s the link for this one. http://www.nih.gov/news/health/feb2010/nhlbi-15.htm

Breast cancer has climbed to 1 in every 8 women and now the finger is beginning to point to drug manufacturers. Wyeth and Pfizer have made combination hormone drugs for over 30 years and these HRT drugs (hormone replacement therapy) are commonly used for menopause treatments. About 10,000 cases against these pharmaceutical giants have already been filed and Pfizer has spent nearly $900 million to resolve about half of them.

Some go to trial, others settle more quietly out of court. Just last week, a Utah jury found Wyeth responsible for one woman’s breast cancer and awarded her $5 million in compensation.  Utah does not allow for punitive damages.

Studies, such as the Women’s Health Initiative (WHI) study, released this statement with it’s results:  “Women using Hormone Replacement Therapy (“HRT”) are more likely to develop breast cancer than those who are not using HRT.”

The National Institute of Health completed the Million Women Study in Britain a few years ago. Based on the results, the NIH concluded that the “Current use of HRT is associated with an increased risk of incident and fatal breast cancer; the effect is substantially greater for oestrogen-progestagen combinations than for other types of HRT.”

One expert testified that his research showed as many as 15,000 cases of breast cancer per year occurred in women taking the combination hormone drug. Yet the “defense witnesses told you the same thing, the same story line, that Wyeth wanted them to tell you over and over — that no one knows what causes breast cancer,” said Russell T. Abney, another attorney representing Okuda. “We are not arguing that Ms. Okuda didn’t have an abnormal cell in her body. What we are arguing is that [estrogen plus progesterone] promoted that abnormal cell to grow.”

Women don’t have to choose between drugs and cancer for debilitating symptoms of menopause. There are other choices of menopause treatment.