A two and half years study finds no improvement from eating soy as a menopause treatment for cognitive function including what many menopausal women label as “brain fog”.

Brain fog often times refers to the common menopausal symptoms including difficulty in remembering daily events and activities.  If you are experiencing memory loss or brain fog as part of your menopausal symptoms be aware that the addition of soy to your diet will not help.  Although their were no harmful effects, (stick to organic soy) this study showed no improvements for visual memory and thinking ability.

Dr. Victor Henderson of Stanford University in Palo Alto, Calif., and his co-authors randomly assigned 313 post-menopausal women aged 45 to 92 to take either 25 grams of soy protein daily or a placebo with milk protein that looked and tasted the same.

The participants were given tests that measured their memory and other thinking abilities at the start of the study and again after 2.5 years.

“For healthy post-menopausal women, long-term dietary soy isoflavone supplementation in a dose comparable to that of traditional Asian diets has no effect on global cognition but may improve visual memory,” Henderson and his co-authors concluded in Tuesday’s issue of the journal Neurology.

If you are looking for a memory boost, try ginseng!

This study was supported by the U.S. National Institutes of Health, the National Center of Complementary and Alternative Medicine, the Office of Dietary Supplements and the Office of Research on Women’s Health. 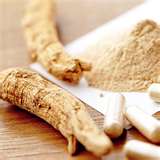 The China Ministry of Health just recently decided to change its policy regarding ginseng.  Well known for hundreds of health benefits, ginseng will now be allowed to be included in food products in Asia.   America has no such restrictions for ginseng and this longevity herb is often found in energy drinks today.

Since 2002, the Chinese MInistry of Health has regulated Chinese herbs and placed them into three categories. One  category for Chinese herbs used as food, another categorized herbs as health food and a third that included herbs only as medicine.

Before this announcement, ginseng was permitted to be used only in registered health products and medicine categories. The new policy allows ginseng to be used in all three categories.  This will most certainly increase demand and international competitiveness of ginseng.  Prices of this ancient herb have been steadily rising the past few years as more Americans and other Western countries learn about the health benefits of ginseng.

Ginseng is commonly called the “king of all herbs.” Ginseng is considered to be nutritious and to have great medical value in Traditional Chinese Medicine (TCM). It has been used as a tonic in TCM for over 3,000 years. Ginseng is grown in other East Asia countries as well as in the U.S. and Canada known as American ginseng, but the world’s largest production site is located on Changbai Moutain in Jilin Province, which accounts for 85 percent of China’s total production and 70 percent of the world’s output.

I recently toured a famous American Ginseng farm in Wisconsin.  I was a bit surprised to learn that once American ginseng is grown on the land that it cannot ever be replanted there again.  Other crops can be planted after the 6 years old ginseng is harvested.  However, because ginseng depletes the soil of so many mineral and other nutrients it is impossible to harvest ginseng on the same land twice.   Some farmers have waited 70 years and tried to grow another crop of American ginseng only to find after 3 years the crop stopped growing and was never old enough to harvest.   This is just one of the reasons the cost of  100 grams of conenctrated ginseng granules is increasing world wide.  Ginseng is the largest dollar crop exported out of the state of Wisconsin.   Who knew?