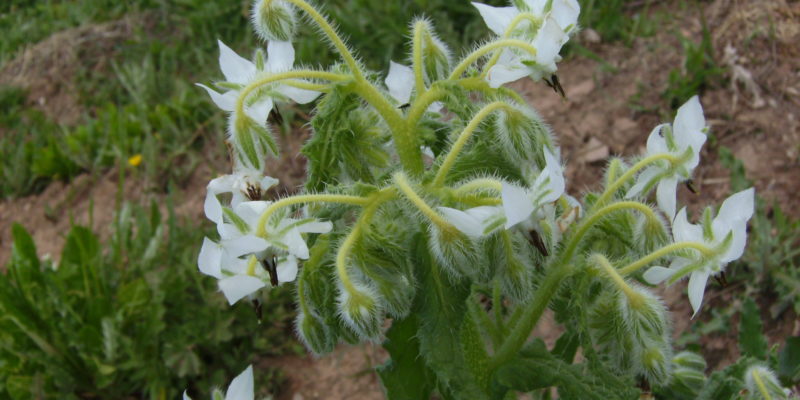 A research group at the University of  Graz in Germany showed a Chinese herb has efficacy against black skin cancer also known as malignant melanoma.

This type of cancer accounts for 80% of skin cancer deaths. When detected early it is well treated but few treatment options have yet to be effective.

“We started out from the question as to which plants are used in TCM as a cure for cancer-like diseases and whether an active substance for fighting cancer can be obtained from them,” explains project team member Kretschmer. “The concept of cancer varies partly between TCM and Western medicine, which is why all remedies used in TCM against cancer and cancer-like diseases were of interest to us. In a pilot project, the group created a database with several hundred potential plants. Dried samples from a selection of 76 of these plants were used to produce 253 extracts, and these were tested on various cancer cells. The researchers identified one plant that seemed promising enough for further studies. The scientific name of the plant is Onosma paniculata Bureau & Franch, a member of the Onosma genus.”

The active ingredient was successfully tested.

“We tested a substance called β-β-dimethylacrylshikonin, which we had obtained from the plant, directly on malignant melanoma cells and were able to prove it had an effect,” says Kretschmer. The substance destroyed the cancer cells. These favourable results encouraged the research team to carry out the first in vivo tests. Naked mice suffering from skin cancer were treated with the drug by injecting it directly into the tumours to see if there were any side effects. “That was successful as well; we saw no side effects and the tumours responded to the treatment and died.” The researchers observed both apoptosis, which is a controlled cell death, and necrosis, which is uncontrolled cell death.

“We then tried to modify the substance to see if we could improve its efficacy even further,” notes the researcher. Among several modifications, they found one particular shikonin derivative that proved to be particularly effective.
In theory, the substance is suitable for the development of a drug, but there is still a long way to go before such a drug becomes available. “This will require larger-scale studies, and the route of administration is still an undecided issue.” Two follow-up projects are already in the pipeline.

Kretschmer emphasizes that TCM served only as a source of inspiration for new active compounds. It is still unclear how exactly the plant works in TCM. “There is no clear idea of how this plant develops its beneficial effect in TCM. It is uncommon in TCM to use just a single plant, normally it is a combination that can be prepared in different ways,” relates Kretschmer. The plants are usually prepared as infusions and boiled twice for a long time. “When we prepare our plant in this way, we no longer see the anti-tumour effect in the cell culture test,” explains Kretschmer. “TCM also knows another preparation method using oil, which is then applied to the affected areas of the skin. This oil contains a higher concentration of the active shikonins.”

In the course of the project, the researchers also found a way to phytochemically verify the identity of different plant species with a similar morphology. “There are roots that look very similar to those of the plant we are investigating, and we have found that these species are often sold under false names in China.” This is a problem because some of the plants offered for sale contain substances that can be harmful. Kretschmer and the research team found a method using thin-layer chromatography that helps to distinguish between the plants and is simple enough to be used e.g. in pharmacies. The research project ran for four years and was completed in early 2019. The team cooperated with the Medical University in Graz and the Helmholtz Institute in Munich.

Durchschein, C.; Hufner, A.; Rinner, B.; Stallinger, A.; Deutsch, A.; Lohberger, B.; Bauer, R.; Kretschmer, N.: Synthesis of Novel Shikonin Derivatives and Pharmacological Effects of Cyclopropylacetylshikonin on Melanoma Cells, in: Molecules 2018, 23

Jahanafrooz, Z; Stallinger, A; Anders, I; Kleinegger, F; Lohberger, B; Durchschein, C; Bauer, R; Deutsch, A; Rinner, B; Kretschmer, N.: Influence of silibinin and β-β-dimethylacrylshikonin on chordoma cells, in: Phytomedicine 2018, 49