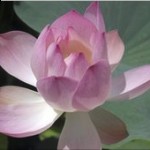 It's been 10 years in the making! This  Saturday, July 3,  2010 is the official opening of the Chinese herb garden in at Bristol University in the UK and I wish I could be there.  Apparently, it's  designed to be a teaching garden with over 200 species of  herbs growing.   According to the  gardens curator Nick Wray, "the aim of the garden is to be as healing in design, as it is in content".

The garden will also be used to further research on plants used in Chinese medicine and research plants which are currently under threat in the wild in China.

Chinese medicine practitioner Tony Harrison donated his well established collection of Chinese herbs to the university in 2000, after it became too large for his own plot in Cotham, Bristol. Part of the gardens purpose is a dedication to teaching traditional Chinese herbal medicine.   "The collection is vital for research, which requires the living plant," said Tony Harrison.  "We will also be introducing students of herbal medicine to plants they have previously only seen as dried specimens."

Wow,  it's fantastic to hear how Chinese medicine is spreading and everyday more Westerners are being introduced to the benefits of this incredibly ancient medicine.  According to Nick the curator, 80% of the worlds population still depend on plants for their health care.  Amazing, you would never know that by the amount of pills Americans take… but we are the minority.

If you want to see a short video shot in the garden click here. One more thing to add to my bucket list.