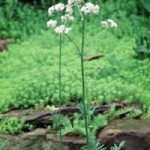 Today’s blog I’m looking for some feedback, because, people on all continents, for thousands of years have used the power of herbal remedies.  After all these years of use, and thanks to modern chemistry, we know which plants produce what compounds that makes it effective as an herbal sleep aid, an herb for energy, an antimicrobial or for whatever therapeutic results is intended. Today we farm these herbs all around the world, including in California as my last post described the growing of Da Zao, the Chinese herb well known for digestion.

But, is there a difference between an herb (Chinese herb or Western herb) which is farm raised compared to one which grows naturally in the wild?   Wild crafted herbs were historically the only ones used for healing benefits.  Agriculture is a fairly recent event in the 60,000 years since Neanderthal man.   Plants growing today in nature obviously live in a more hostile environment than those living on a farm.  Farm raised herbs are protected by the farmer because the farmers depend on the crop for their livelihood. Greenhouses are constructed, watering systems, fertilizers etc. etc.

On the contrary, herbs growing in the wild are exposed to their world 24/7.   It is exactly this exposure of temperature extremes, water deprivation or flooding, wind, rain and even predators trampling them or eating them that give an herb its strength.  A weak plant will not survive harsh elements of nature and dies without reproducing.  A strong plant will produce the chemical compounds it needs to survive and often, these are exactly the compounds we know have the healing benefits.  Does farm grown valerian produce the same active chemical constituents as valerian that was once harvested only in wild fields?  Ginseng, for example is one of the highest priced herbs when found in the wild and is officially recognized as wild grown with a government certificate declaring the exact location of origin.  Farm raised ginseng, on the other hand, fetches nominal prices in comparison.

Darwin’s theory, “survival of the fittest” makes sense in the plant kingdom just as it does in the animal kingdom.

Where do YOUR herbs come from?  Are they wild grown or wild crafted herbs or are they grown in a comfortable farm where they are fed, watered and looked after.   Are wild crafted herbs better?  What do you think? Is your herbal sleep aid more efficacious when it is produced from herbs grown in their native environments or is farm raised just as good or better?