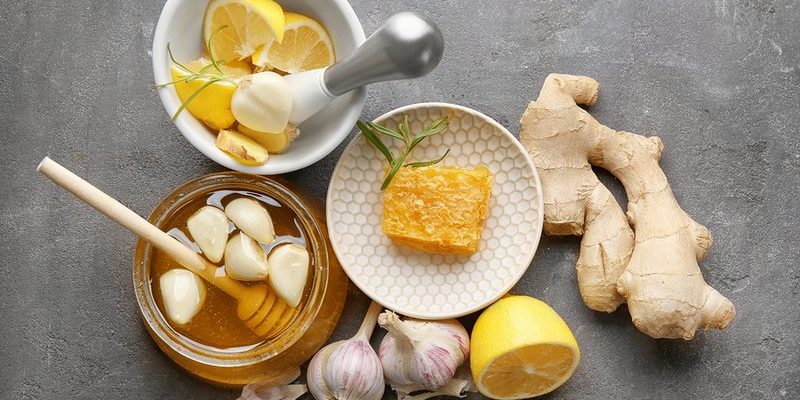 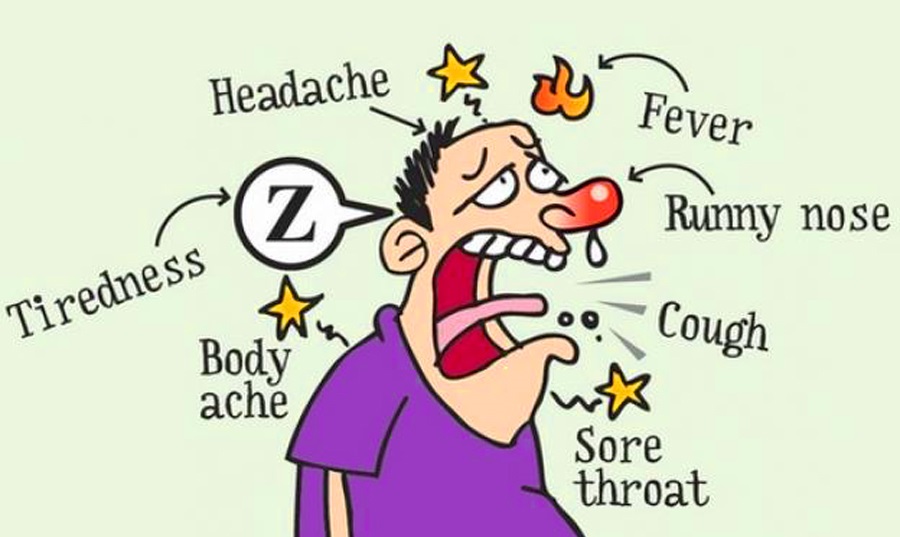 We have all experienced it or know someone who has been fighting off this year’s flu.

Officially called “Influenza A” and/or  “Influenza B”,  harmless sounding names. Yet, this is by far the worst flu we have ever seen. It reminds me of  Dr. Seuss naming “Thing 1” and “Thing 2”. Harmless names, yet they destroy your house in about a minute.

I personally have been spared with a few mild symptoms that I immediately abate using the items on “THE LIST” below.

My patients and family members have not all shared in my fortune. I’ve been taking care of many patients for weeks, and many have lingering symptoms, especially that nasty asthmatic type cough. I now have an entire arsenal of flu fighters in my kitchen. Beyond, the personal experiences, I belong to a number of online groups of various health professionals. The remedies and stories from these posts have broadened my treatments and opened my eyes to everything food and drinks, herbal combinations, essential oils and more. I have to admit, I’ve been a little addicted to reading the stories of ravaged flu patients and what’s working and what isn’t.

I decided to combine the hundreds of postings into “THE LIST” of what’s working in the Alternative & Natural Health care community for this years flu bug.

It helped me and I hope it will help you too.

This post would be a book if I went into all the benefits, actions and studies on each of the remedies below. Suffice to say, they WORK! Some items have references. Everything on “THE LIST”  is supported by both research and hundreds of real life use in the past and in the last 6 weeks. These are some of the best remedies for this years flu.

Thank you to all of my fellow practitioners for sharing your stories and natural cures.

Note, you can’t possibly take all of items on THE LIST all at once.  However, the foods can and probably should be eaten daily. Choose a couple from the categories and your body will  thank you. Remember, when buying any vitamin supplement or herb, quality is key. Iif you’re not getting an immediate benefit, it may be the brand. This is especially important with Echinacea and Elderberry, but true for all.

Do your research and buy the highest quality possible, or don’t buy it.

A quick note on the OTC anti-inflammatory drugs. If you must take, choose ibuprofen over acetaminophen. Here’s why. Please research, it may save a life. The need for either varies depending on patient. I don’t recommend these as the Black Box warnings scare the begeezies out of me. I like to protect both my GI system and liver as much as possible. When you have “THE LIST” below you’ve got all the natural anti-inflammatory relief you’ll ever need and NO Black Box Warnings.  (If you’ve never read the Black Box Warnings, please google it.)

Let’s start with the preventative list.  The old saying; “Prevention is worth a pound of cure”.  The foods and herbs listed are definitely ones to take all winter as this flu will morph and will find those with the weakest immunity.

Clean your cell phone.  Be a little germaphobe and get some Thieves Oil spray for your hands and phone. Use often.

Echinacea tincture– should have a little tongue numbing quality otherwise toss it.

Stop pretending you should do everything you do in the summer.  It’s winter, slow down. Stay warm. Hibernate a little.

Wear a scarf.  Most colds/flu start at the base of the neck,occiput.

Oil of Oregano – mix a few drops in water and drink

Be conscious of the “Militant Metaphors” as Susan Sontag describes these phrases.  Some metaphors make the experience of illness worse. Consider illness as a reset time. It can be a time of reflection and contrast to better appreciate our wellness.

Hot showers or baths daily. Get water hot enough to raise the body temperature and burn the critters. Epson salt in the bath, of course.

Electrolyte drinks or add liquid mineral drops to any drink.

Head over steaming water pot with mint essential oils, lavender, or whatever you have that you love.

Pinapple juice for cough and Kiwi’s are excellent

This list is not intended to be ALL inclusive of what may help you.  This is simply a list of what my health practitioner community has been finding extremely helpful during this 2018 bout of flu.

What else:  The common sense things like wash bed sheets and wipe down surfaces, door knobs and cell phones. Wash your hands a lot and drink a lot of fluids to wash away all the dead viruses you killed using the items on the list above.  A little bit of winter sun bathing from a warm car may be a nice reprieve from the bed and the couch. Stay healthy and we will all ride out these pesky viruses getting stronger together.

You may have noticed the flu vaccine is not on The List. The research is profoundly lacking and the virus mutates so quickly.  More information in this excellent article.

Fox News, Reuters Health and other large news organizations recently ran a story about a clinical trail on traditional Chinese herbs relieving fever and flu symptoms better than the flu shot and NSAID, over-the-counter pain relievers.  The story was breaking news at the Beijing Institute of Respiratory Medicine about a week ago.

This is great news, but the product, Ma xing shi gan tang combined with Yin qiao san is not readily available in U.S. stores.  Hopefully this will change soon.  In the meantime, practitioners of Chinese medicine such as licensed Acupuncturists in the U.S.  do have access to this herbal formula.  This formula works because of the combination of the herbs, if you take just one herb alone it does not work.

The researchers studied 410 Chinese adults with H1N1 flu (also known as the swine flu). The patients who drank the Chinese herb tea typically saw their fevers resolve after 16 hours, versus 26 hours in patients in a "control group" whose only flu treatment was acetaminophen   (Tylenol) if their fever passed 102 degrees F.

Patients in a third group received the prescription antiviral drug Tamiflu, known generically as oseltamivir. With Tamiflu, fevers typically resolved after 20 hours, or six hours sooner than in the control group.

The studies findings  have been published in the Annals of Internal Medicine.

Chinese herbs have a long history of use in other parts of the world.  Japan, Korea, and Germany all have these herbal remedies widely available and at a very low cost.  China and Taiwan use Traditional Chinese medicine in their national health care system and herbal remedies are covered by insurance.

Hopefully some day soon, American's will understand and appreciate this botanical form of medicine has many proven benefits.