Did you hear? A really important consumer update from the FDA was released this month concerning the dangers of taking acetaminophen.

All of us take pain-relievers from time to time, but did you know that one of the most widely used medicines in the U.S. can cause a rare but serious skin reaction? Acetaminophen (Tylenol) can cause 3 serious skin diseases whose symptoms are a rash, blisters, and permanent damage to the skin. If you develop a rash or other skin reaction, or have in the past while taking this drug, stop using it and seek medical attention right away. There is no way to know who will be at risk for these potentially fatal reactions.

Acupuncture and Chinese Herbs have a long history of helping people with pain. Check here if you use any products containing Tylenol (i.e. Midol) for menstrual cramps and period pain. There are alternatives! 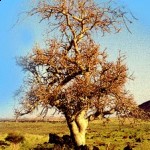 Modern Science is proving Chinese herbs are  useful for pain and menstrual cramps.

Frankincense and myrrh are two herbs mentioned repeatedly in the bible. I find it fascinating that Egyptians used myrrh for embalming the bodies of Pharaohs while frankincense was used in India as incense for worship during biblical times.  These shrubs or small trees of the family Burseraceae  produce a liquid when the bark is punctured. That liquid or resin is then dried and cooked with vinegar or honey for medicinal uses in Traditional Chinese Medicine. (TCM)  While both trees originated in the Arabian peninsula, we know they arrived in China by 400 AD, where the exploration of their medicinal properties was noted.

What’s incredible is  both of these trees is used in TCM combination’s or herb formulas mainly to unblock the flow of blood, treat traumatic injury and stop pain. They are excellent for abdominal pain during menstruation and for irregular menstruation .  These Chinese herbs can also be used in formula combination’s to help treat amenorrhea (absence of menstruation) and dismenorrhea (painful menstruation).  Furthermore, both can be used externally, frankincense is known to ease the tendons and muscles  while myrrh is used for non-healing sores such as bed sores.

Dietary supplements using these Chinese herbs are  now produced from the active substance of  frankincense, known as Boswellic acid.  Researchers have identified Boswellic Acid as a  potent anti-inflammatory agent .  This acid inhibits the 5-LOX (lipoxygenase) system, which is involved with enzymatic pathways that produce leukotrienes and thrombaxanes (inflammatory molecules) from fatty acids.  (Following all this?) Drugs that inhibit this pathway are normally used to treat arthritis, asthma and ulcerative colitis.  Unlike conventional NSAIDs (non-steroidal anti-inflammatory drugs) such as ibuprofen, the accepted treatments for pain and  inflammation, prepared boswellia doesn’t seem to cause stomach irritation in small doses and it does not cause liver damage like acetaminophen.    The anti-inflammatory properties in Boswellia  Acid  are also effective  in reducing the aching and stiffness associated with back pain.

Ggulsterone is the active substance within the myrrh resin. After many years of research, guggulsteron, also known as Guggul, has become popular in the United States for its cholesterol-lowering properties.1 By inhibiting the FXR gene in the nucleus of liver cells, this leads to the more efficient excretion of cholesterol in the liver, thus lowering serum cholesterol levels.  Amazing what Chinese herbs come from a scrubby desert  tree.

Traditional Chinese Medicine recognizes frankincense and myrrh as blood regulating herbs that complement each other. They invigorate the blood, dispel blood stasis and reduce swelling, relieve pain and promote healing.  It is more than coincidence that  myrrh is commonly used in TCM for menstrual irregularities and  Western medicine research substantiates guggul’s ability to improve liver functions.  TCM theory and Chinese herbs, emphasize the importance of  liver  blood for regular and healthy menstrual function and relates  stagnate liver blood to the cause of painful periods.

Given the compelling scientific evidence regarding the chemicals in these two Chinese herb  resins and the history of frankincense and myrrh, we can be certain of their potent medicinal properties.   It certainly is amazing that nature has given us such powerful medicines for menstrual cramps, arthritis, cholesterol and for pain.  Nature sure has had a remarkable way of providing for our needs, today and in ancient times.