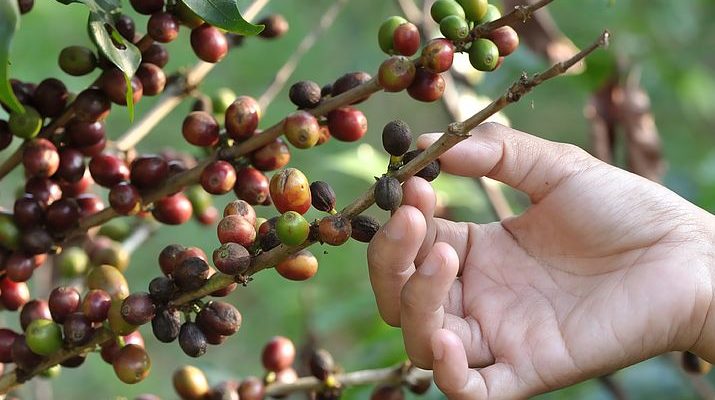 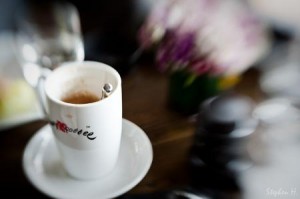 I’m a coffee drinker alas only in moderation. Now, I’m re-thinking that moderation as I learn more about the benefits of the coffee bean.

A cup of coffee is 2% caffeine and 98% other bioactive ingredients. To say the least, it is a complex beverage. People seem to forget that the coffee bean is an herb. Indeed, the coffee plant belongs to the Rubiaceae family, which is a source of several different Chinese herbs, including the gardenia fruit. Coffee beans medicinal effects have been well known for millenia but some of the first popular evidence was in 1908, when the Indian Materia Medica was first published.

At the proper dosages, the coffee bean has the ability to improve health in several ways. Drinking coffee can increase cardiovascular health and lower the risk of colon cancer, gallstones, cirrhosis, and Parkinson’s disease. A typical dosage for this type of herbal medicine is in the range of 6-18 grams per day, which translates to about 1-3 cups of coffee, depending on how many grams of ground beans are used. Roasting the coffee beans do not detract from the beneficial effects of this herb.

The primary active substances in the coffee bean are chlorogenic and caffeic acids. These substances have been shown to have anti-depressant and anti-anxiety effects. No wonder the local coffee shop has become our favorite pit stops. Coffee also contains antioxidant phenols that can reduce the risk of cancer.  (Like so many Chinese herbs, many many benefits. Probably a lot we don’t even understand fully, yet.

This blog idea was inspired by a study on long-term coffee drinker with type 2 diabetes mellitus.  To quote the study, “long-term coffee consumption is associated with a statistically significantly lower risk for type 2 diabetes,”  (link below) Coffee, just like any other potent herbal medicine, is not necessarily for everyone, as some people may be more sensitive to the effects of caffeine. But the coffee bean definitely contains many beneficial vitamins including potassium, niacin and magnesium.

Drinking a freshly brewed cup of this herbal bean can have some wonderful health benefits. Enjoy, but drink responsibly. Dont use coffee and the caffiene to keep your energy high all day long. This is actually a great way to burn our your adrenal glands. Coffee like almost all things is best used in moderation.

An old Chinese Proverb says,  He that takes medicine and neglects diet wastes the skill of the physician.

The Chinese have used food and Chinese herbs, basically the human diet, to treat seemingly incurable diseases as far back as records can show.  We now have studies that prove that foods and Chinese herbs are effective in treating nearly every affliction known to man. It is a Western concept  that  the word “diet”  refers almost exclusively  to a  weight  loss system.  A Chinese diet  may or may not  focus on weight loss, but it’s primary intention is to treat an ailment.   A Westerners “diet” focuses on protein, calories, carbohydrates, vitamins and other nutrients, whereas a Chinese diet  focuses on the:  Five Flavors, Five Energies, Movements of Foods and Organic Actions of Foods.  Maybe this sounds like a foreign language, but the basic concept is pretty easy, if I feel cold, I should eat something warm.  If I feel hot, I should eat something cold. (don’t  we all do this?)

This is of course a simplification and I know you want more details. It can get a little more technical,  so stay with me. 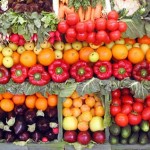 I covered the Five Flavors and Five Energies is a part one of this article. Connect here to read that article.

Here I will delve into the “Movement of Foods” and “Organic Actions of Foods”.

The movements of  foods has nothing to do with a musical score. Foods have a tendency to move inward, outward, up or down within us.  To move inwards means to move from outside towards the inside.  Foods that do this often alleviate constipation.  Foods that provide movement from inside towards outside reduce fever and induce sweating.   Downward moving foods can relieve vomiting and asthma.  Upward moving foods  help symptoms of diarrhea, and prolapsed of organs. This is only a general overview, but even a little knowledge can be of great benefit.  The movement of foods also corresponds to the seasons.

Here is a brief overview of  which foods are best in which seasons.  Springtime is all about growth and upward movement so eat foods that also promote an upward movement such as celery, kidney beans and shiitake mushrooms. Foods that move outward are best in the summer these foods have a hot energy and are usually pungent like green pepper, red pepper, black peppers and soybean oil.  In the autumn foods with a downward movement are preferred.  The downward movement corresponds to the leaves falling.  Food such as bananas, barley and bean curd are best in the autumn.   Lastly, in the winter eat foods that move inward, just as we move indoors in the winter.  Inward moving foods include bitter gourd, clams and seaweed.

Lastly, a brief introduction about the Organic Actions of Foods,  it’s not a Greenpeace protest.  It simply refers to the specific organ on which a particular food will act.  In the West we may think all food goes to the stomach, the intestines and through the digestive organs.  But there is more  to the saying “the way to a man’s heart is through his stomach”.  Different foods really do effect different organ systems in Chinese medicine and diet theory.  This can get complicated, many foods have more than one energy and act on more than one organ. Carrots act on the lungs, wheat on the heart, spleen and kidneys, almonds act on the lungs.

Organic actions of  foods have been discovered  throughout history  through both inductive and deductive methods. Traditional Chinese medicine has always put great emphasis on the association of  foods and our internal organs.  A simple example is chicken liver, it’s helpful for blurry vision, and Chinese Medicine believes our livers are connected to our eyes.

I have simplified how  a balanced diet in Chinese theory  focuses on the Five Flavors,  Five Energies, Movements and Organic Actions of foods. Yet, I hope you understand that from a Chinese viewpoint the word  “diet” has almost nothing to do with weight  loss and everything to do with how foods effect our body.  An organic balanced diet is one that is not necessarily rich in organic foods, but one that balances the internal organs. An individual’s balanced diet is always a mixture of foods with different flavors and energies suited to the needs of that individuals constitution.   I hope this is not such a foreign concept now even though it  may be a completely new view of diet and nutrition for you.  Sun Shu Mao wrote about it approximately 1400 years ago and seeing that history always repeats itself, it’s time to reiterate it today.   If you want to learn more check out:  Healing with Whole Foods by Paul Pitchford and my other blogs on Chinese Medicine and foods.