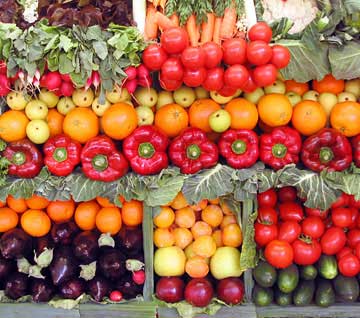 What’s the best way to build your microbiome, your gut bacteria?

What’s the best way to build diversity in your gut bacteria?

Your food is your medicine. Here a few really fun to eat and fun to make medicinal recipes to build your those friendly gut bacteria and boost your immune system without costly, ineffective probiotics all grown from basically the same strain of Lactobacillus.

Have fun with these recipes. Tweak them and enjoy!!

Brownies For Your Bacteria

Makes about 16 brownies
(2 grams of fiber per brownie)

The flavonoids in chocolate are a healthy treat. You can indulge in this amazing superfood and feel good about giving this dessert to your kids while simultaneously feeding your good gut bacteria.

Instructions: Preheat oven to 350 degrees. Melt the butter and chocolate in the microwave or double broiler stirring occasionally so chocolate melts but does not burn. Add the almond meal, sugar, cacao nibs, eggs, vanilla, cinnamon, salt, and orange zest (or oil) and whisk together. Add nuts if desired. Pour into an 8×8 oiled baking pan. (Coconut oil work well.)

Bake for 30 minutes or until a toothpick inserted comes out clean.

Seeds are a great source of fiber. Eating a variety of seeds is easy as sprinkling them into your oatmeal, salads, cooked veggies or yogurt. This easy sauce makes everything taste scrumptious.

Blend all ingredients in the blender and ENJOY!

Your microbiome thrive on fiber and this delicious popcorn gives you plenty!
When you add an assortment the of healthy topping listed below you spice up your
Naked Popcorn with vitamins, minerals and even more fiber all which boost those healthy bugs within. Experiment with your own mix and match toppings. Please do avoid the microwave popcorn. Organic corn kernels are very inexpensive and you can either use a popcorn maker or large pot.

Morning Smoothie For a Happy Gut

Start your day with green veggies and hemp protein powder your gut will thank you. This easy smoothie recipe can be modified with season fruit such as pears and peaches. Frozen organic mangos or frozen blueberries are also a great choice. Mix and match as you like and seasonal fruit permits.

Put all ingredients into a blender and blend until smooth.

The simplest form of sauerkraut is just cabbage and salt, which is where we start in this recipe.

Once the salt is added, simply massage with clean hands for 10 minutes or until the cabbage has reduced quite a bit in size and released quite a bit of liquid at the base of the bowl. Now, add some color and flavor.

Pack into sterilized glass jars and ensure the liquid extracted from all that massaging rises up and covers the kraut for optimum fermentation. Then leave it alone to do its thing. Set it on the counter out of direct sunlight or in a cabinet for 1-14 days (or longer) to let it naturally ferment. This recipe will have a tangy, fresh, garlicky, delicious crunchy taste.

Enjoy with your favorite low-calorie dip!

Directions:  Mix together in large bowl and then store in an airtight glass container. Keep in a refrigerator for maximum freshness.

The rise in diabetes in the Western world is out of control.   Too many folks seem to ignore the role of diet in prevention and treatment of diabetes and yet something as simply as cinnamon consumption may be an way to improve blood glucose levels.

Cinnamon is a common spice and Chinese herb used in Traditional Chinese Medicine (TCM) for centuries.  Cinnamon bark and twigs are often used in Chinese herbal medicine to enhance digestive function, promote the movement of qi, disperse the cold and fortify the kidney energy and pancreas.

A recent study from Germany published in the European Journal of Clincal Investigation shows a water soluble cinnamon extract can reduce fasting blood sugar levels in patients with type 2 diabetes.

The  study  done at the University of Hannover was both placebo controlled  and double-blind, designed to determine the effect of a water-soluble cinnamon extract on glycemic control and cardiovascular risk factors in patients with type 2 diabetes. A total of 79 patients with type 2 diabetes not on insulin therapy but treated with oral medication or diet therapy were randomly assigned to take either a cinnamon extract or placebo capsule three times daily for four months. The cinnamon capsule contained 112 mg of water-soluble extract, an equivalent of one gram of cinnamon powder. The cinnamon extract group experienced a significant reduction in fasting plasma glucose levels (10.3%) versus the placebo group (3.4%). Changes in HbA1c and lipid profiles were not statistically significant.

“This study, together with a recent clinical trial utilizing Cinnulin PF, provides compelling evidence for the beneficial effects of a water-soluble cinnamon extract on blood sugar levels,” stated Tim Romero, executive vice president, Integrity Nutraceuticals International, marketer of Cinnulin PF. “We are excited to see in the coming months results of studies underway that further substantiate the efficacy and safety of Cinnulin PF.”