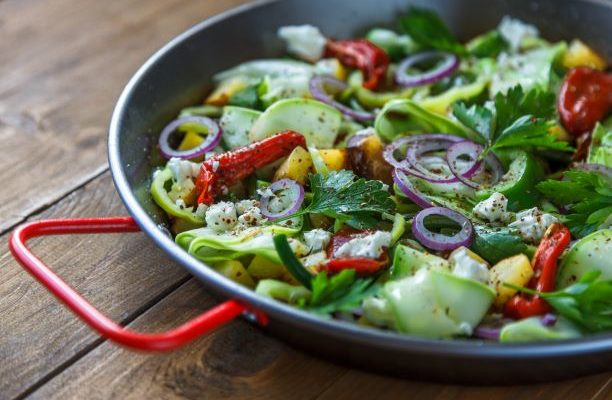 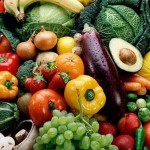 A long time ago, in a galaxy far, far away (thinking of Star Wars) a physician traveled with a bags of herbs, a few gold needles and a thousand ounces of gold.  Ok,  this physician  didn’t have a thousand ounces of gold, but he did have gold acupuncture needles and lived on earth.  What he also had was a belief that every single human life was more precious than a thousand ounces of gold.  His name, Sun Shu Mao (581-682 AD) and because of his beliefs he wrote a book called One Thousand Ounces of Gold Classic.  In this book he described diet using specific foods  and Chinese herbs to cure illnesses such as goiter, night blindness and beriberi.  Today we understand the science behind curing these diseases, iodine for goiter, Vitamin A for night blindness and B-1 for beriberi. But do we understand the system of foods and Chinese herbs to treat illnesses some1400 years later?

The Chinese have used food and Chinese herbs, basically the human diet, to treat seemingly incurable diseases as far back as written records on bones and turtle shells.  We now have studies that prove that foods and Chinese herbs are effective in treating nearly every affliction known to man. It is a Western concept  that  the word “diet”  refers almost exclusively  to a  weight  loss system. A Chinese diet  may or may not  focus on weight loss, but it’s primary intention is to treat an ailment.   A Westerners “diet” focuses on protein, calories, carbohydrates, vitamins and other nutrients, whereas a Chinese diet  focuses on the:  Five Flavors, Five Energies, Movements and Organic Actions of Foods.  The basic concept is, if I feel cold, I should eat something warm.  If I feel hot, I should eat  something cold. (don’t  we all do this?) This might sound basic, but it can get a little technical, so stay with me.

The Chinese categorize foods into five flavors. Flavors are important for both food and Chinese herbs because each flavor effects  a certain internal organs.  The five flavors are, sweet, sour, bitter, salty and acrid or pungent.  If you tend to indulge on the sweet and salty foods and miss out on the health benefits of the bitter, sour and pungent foods, you should expand your spectrum of  tastes.  Sweet foods act  on the stomach and spleen, obvious examples are honey, sugar and watermelon.  Americans  are more likely to consider candy and  ice cream sweet. This article will not cover processed foods, so think about barley, mung beans and sunflower seeds, these sweet foods help neutralize the toxic effects of other  foods. If you haven’t yet tasted mung beans give them a try, if your diabetic  it’s excellent food for your constitution. Since space prohibits my listing all foods in each category you can check out: Healing with Whole Foods: Asian Traditions and Modern Nutrition by Paul Pitchfordif you’d like more information on this topic.

Sour  foods such as vinegar, olives, lemons and adzuki beans can obstruct  movement and are helpful in treating diarrhea.  Bitter foods can help reduce body heat.  Examples of bitter foods are radish, sea grass and coffee. Most Westerners probably don’t consider coffee a bitter tasting food, try munching on an UN-roasted bean, you may be pleasantly surprised.  Salty foods help soften hardness which explains why kelp and seaweed are commonly used for goiters.  Acrid or pungent foods such as the Chinese herb peppermint or ginger promote energy circulation.  A strong, fresh peppermint  tea often produces a slight sweat on the forehead.

When referring to the five energies of foods, Chinese theory simply means foods ability to make you feel hot or cold.  But energies are categorized even  further into cold, cool, neutral, warm and hot.  This is a very important aspect of food because a “balanced diet” will be different depending on a persons constitution.  For example a person with a  cold constitution will need more hot foods.  If a person suffers from cold rheumatism and the pain is worse on cold days, it makes sense to give this person hot foods such as a soup made with Chinese herbs such as ginger, red pepper, green pepper or cinnamon. Understanding  the energies of foods to create a balance diet  is of the utmost importance.  Often herbs are more effective and faster acting than foods and for this reason herbs are commonly used in Chinese cooking.

This subject is vast and I’ve only covered  two topics relating to Chinese herbs, food and diet theory thus far.  The other main differences between the Western diet and the Chinese concept of diet are: Movements of  Foods in the body and Actions of Foods.  To learn more on these concepts see part two of this article.

Although, I may have simplified how a Chinese diet focuses on the five flavors  and five energies of foods you can see that from the Chinese viewpoint the word  “diet” has almost nothing to do with weight loss and everything to do with how foods effect our bodies. This may be a completely new view of diet and nutrition to you, but Sun Shu Mao wrote about  Chinese herbs and healing foods approximately 1400 years ago. Asian cultures have proven these food and herb theories and seeing that history always repeats itself, it’s time to reiterate it today.

For more information see Part II of this article.