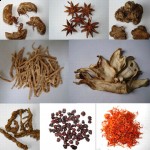 Hope you like numbers,  in regards to TCM here’s some interesting ones.  In the past 10 years, TCM has spread to over 160 countries and regions around the world with total exports of TCM products exceeding $1 billion. The treatment, education and scientific and technological communities of  TCM have continuously expanded.  70 countries have signed 94 governmental agreements on TCM content. There are currently 47 TCM institutions of higher learning in China and over 600,000 qualified TCM medical practitioners over 370,000 of which are certified TCM physicians.

In America alone, 30 million people have tried acupuncture. The FDA  estimates that Americans are spending approximately $500 million per year on acupuncture services.  There are about 18,000 acupuncturists in the U.S. and  that  number increases about 10% each year.  Presently there are approximately 50 accredited schools in the U.S. to study acupuncture and TCM.  Britain, Israel and Australia all top the list with the highest number of acupuncturists per country outside of  the US. Canada and Asian countries.

In the U.S., besides pain management, one of the most studied benefits of acupuncture is IVF procedures. Acupuncture concurrent with IVF treatments  increases  the chance of becoming pregnant by as much as 65% and  provides as much as 91% increased chance  in a live birth.   Those are some impressive statistics. This is of course only one example of how acupuncture and TCM can improve people’s lives.

A fun fact: cruise ships now regularly have acupuncturists aboard. Public demand is obviously driving that business.  On a more academic note,  The National Institute for Health (NIH) operates the  Center for Complementary and Alternative Medicine with a 121 million dollar budget,  much of which support acupuncture research studies. Currently our congressmen are discussing a bill which for the first time would  include Acupuncture into medicare reimbursement.  That’s impressive by itself.  The American government is actually considering a form of health care which relies on prevention and wellness.

Things are changing rapidly in the TCM world, stay tuned, we are growing exponentially everyday and that’s my 60 second update.