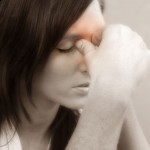 A study released  Oct. 5, at the American Academy of Otolaryngology – Head and Neck Surgery Foundation (AAO-HNSF) annual meeting  reported Complementary and Alternative Medicine is being used by a growing segment of patients.

Complementary and Alternative Medicine (CAM) is being used to treat the symptoms of chronic rhinosinusitis (CRS),  yet patients are hesitant to tell their doctors they are using CAM therapies such as Acupuncture and Homeopathy.

Sixty-five percent of patients had used CAM. Thirty percent of patients used it for the chronic rhinosinusitis. Women were significantly more likely to use CAM than men, according to the statistics. Patients who were employed, married, and had university degrees were also more likely to use CAM. Only 43 percent of CAM users had informed their doctor about its use. CRS is defined as a group of disorders characterized by inflammation of the mucosa of the nose and paranasal sinuses of at least 12 weeks duration.

The group of chronic rinitius disorders annually accounts for as many as 22 million office visits and more than 500,000 emergency department visits in the U.S., according to some estimates. Questionnaires were provided to 75 patients over a two-month period. The questionnaire consisted of demographic information and whether they had ever used CAM from a list of 49 herbal and non-herbal alternative therapies (such as acupuncture, massage, aloe vera, and cod liver oil). Subjects were also asked why they used CAM, where they learned of complimentary therapies, whether they found it efficacious, and whether their general practitioner was aware they were using it.

Chinese herbs have been used for centuries for sinus problems.  If you would like more information regarding which herbs are best for you, contact us and set up an herbal consultation. Or, see your local Acupuncturist who is also trained in Chinese herbal medicine. If you need a recommendation we are happy to provide you with skilled, licensed practitioners in your area.