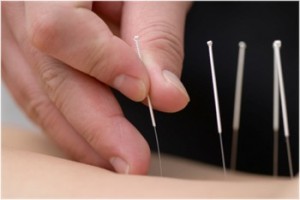 A heart felt thank you to all our troops oversees who will miss their families this Thanksgiving. We salute you and say God Bless.
In recent years, Complementary and Alternative Medicine (CAM) has shown an increasing presence in the US health care system as well as in Canada, Australia, Denmark, and the United Kingdom.   The number of visits to practitioners of alternative therapies and total expenditures have  increased, rivaling or exceeding visits and expenditures for conventional medical care.  A study done on the use of CAM by the US military was consistent with patterns in the US civilian populations. 37% of a healthy US Navy and Marine Corps population who participated in this study  reported the use of at least one CAM treatment in the previous 12 months.
While CAM therapies such as chiropractic care have been a part of the military health care system for over a decade,  it is important to understand CAM treatments so that guidelines may be created for personnel who choose to use any of the diverse methods of treatment. Several treatments were consistently reported together; almost 55% of individuals who used acupuncture also used massage; 67% of individuals who used hypnosis also used relaxation, and 78% of individuals who used homeopathy also used herbal therapy.
The study results suggests that people more likely to use some form of CAM are women ages 25–49 years, White, educated, and middle economic class. Officers were 50% more likely to report CAM use than were enlisted personnel  Those who reported moderate to severe body pain were nearly twice as likely to report CAM use in comparison with those with none or very mild body pain Among the most commonly reported CAM therapies in civilian populations are chiropractic care, herbal medicine, relaxation therapy, and massage.
As the use of complementary and alternative medicine becomes more widespread, the DoD Force Health Protection program seeks to create a military force fully protected from preventable health threats throughout their military service. This includes assessing potential risks or benefits from unconventional medical alternatives and supplementation. For this reason, it is important to begin to understand prevalence of CAM use in active military personnel as well as general beliefs associated with CAM use in this population.
Read entire study here