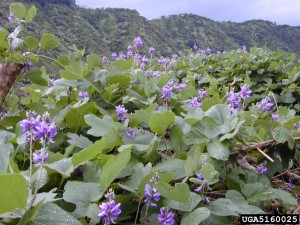 Are you struggling with alcohol abuse? Would you believe an herb (that grows as fast as weeds) could help you cut down your drinking habit?  Could this herbal alternative for alcoholics become a reality?

A Chinese herb that has been available for hundreds of years now has a new published study from  McLean Hospital and Harvard Medical School found this Chinese herb helps alcohol drinkers reduce their intake. The study was recently published in Drug and Alcohol Dependence.

Kudzu (Pueraria lobata)  has been used in Traditional Chinese Medicine and has references dating back to 600 A.D.   For the past 1400 years it has an excellent safety record.

Many tout the extract from kudzu, known as puerarin, as  a hangover remedy. Best of all, this all natural herbal alternative has no side-effects and if very inexpensive.  A weeks supply can cost as little as $6.00

When those in the study treated with puerarin they drank about a beer less than when they were treated with placebo.  On average, the men and women drank 3.5 beers after placebo and 2.4 after puerarin.

The National Institute on Alcohol Abuse and Alcoholism funded the study. Even though this study was a small sample size, the study was designed well and the research outcomes validate what many have known for generations.   Chinese herbs can provide "Wellness For Centuries."

Some folks complain that Kudzu is an invasive weed, others call it a highly profitable cash crop.  In Asia it is a medicinal herb. 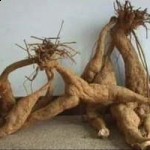 I was reading a story recently about kudzu taking over the backyard and destroying a fence on a homeowners property.  Funny and sad at the same time because kudzu is well known in Asia for its healing properties.

Michael Wyss, Ph.D., a Neuroscientist with the University of Alabama says kudzu contains healthy substances, called isoflavones. One particularly important isoflavone is puerarin, found only in kudzu. In fact, its the most abundant isoflavone in the plant.  Puerarin is important because it can help control insulin for diabetics and reduce cholesterol.

The Chinese have used kudzu, a prominent Chinese herb in Traditional Chinese medicine, for centuries.  It has been a proven mainstay for relieving muscular tension, reducing hypertension, dysentery and is commonly used for fevers due to the flu. Kudzu’s is full of health benefits and from my point of view could be the next cash crop.

Researchers  in the U.S. investigated the effects of kudzu in rats. Female rats were given an extract made from kudzu root for two months. Another group of rats were fed a standard diet.  At the end of the study, the rats given the kudzu extract had lower cholesterol, lower blood pressure, and lower blood sugar and insulin levels than the rats that ate the control diet. According to Wyss, only a very small amount of kudzu root extract was needed to achieve these results.

The study suggests that kudzu may be an effective alternative treatment that could be used in conjunction with traditional drugs to control insulin and cholesterol levels, and ultimately lower a patient’s risk for metabolic syndrome. In some cases, doctors may be able to give patients lower doses of other drugs, reducing the chance for side effects from the medication and making medications more affordable.

The root is the part of the kudzu plant or Pueraria lobata which holds the herbal medicine. It can grow to the size of a human body and is the source used in Traditional Chinese Medicine (TCM) and modern herbal products. Kudzu grows in mostly in shaded areas of mountains, fields, along roadsides and thin forests, throughout most of China and many parts of the Southern U.S.

If your looking for kudzu as an individual herb supplement you will most likely have trouble finding it.  In TCM kudzu is always used in formulas or combinations with other herbs. If  your looking to lower your cholesterol  or balance your insulin levels using natural herbs, I suggest  finding a licensed Acupuncturist who is knowledgeable in Chinese herbal medicine. If you need help finding someone in your neighborhood we are happy to make recommendations. Just call or email us. 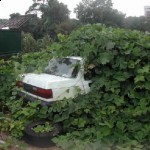