Fox News, Reuters Health and other large news organizations recently ran a story about a clinical trail on traditional Chinese herbs relieving fever and flu symptoms better than the flu shot and NSAID, over-the-counter pain relievers.  The story was breaking news at the Beijing Institute of Respiratory Medicine about a week ago.

This is great news, but the product, Ma xing shi gan tang combined with Yin qiao san is not readily available in U.S. stores.  Hopefully this will change soon.  In the meantime, practitioners of Chinese medicine such as licensed Acupuncturists in the U.S.  do have access to this herbal formula.  This formula works because of the combination of the herbs, if you take just one herb alone it does not work.

The researchers studied 410 Chinese adults with H1N1 flu (also known as the swine flu). The patients who drank the Chinese herb tea typically saw their fevers resolve after 16 hours, versus 26 hours in patients in a "control group" whose only flu treatment was acetaminophen   (Tylenol) if their fever passed 102 degrees F.

Patients in a third group received the prescription antiviral drug Tamiflu, known generically as oseltamivir. With Tamiflu, fevers typically resolved after 20 hours, or six hours sooner than in the control group.

The studies findings  have been published in the Annals of Internal Medicine.

Chinese herbs have a long history of use in other parts of the world.  Japan, Korea, and Germany all have these herbal remedies widely available and at a very low cost.  China and Taiwan use Traditional Chinese medicine in their national health care system and herbal remedies are covered by insurance.

Hopefully some day soon, American's will understand and appreciate this botanical form of medicine has many proven benefits. 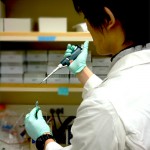