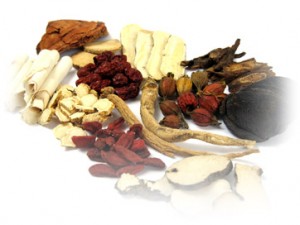 Chinese herbs in the Wall Street Journal?  Undoubtably not the place you would expect such a story.

Since the research was done at Yale University, why not?  Turns out a combination of four herbs used for about 1800 years in Chinese Medicine has been studied through Yale University and is reported to “enhance the effectiveness of chemotherapy in patients with colon cancer”.

The formula/combination of herbs is called Huang Qin Tang (Scutellaria Decoction). In early trials this four herbs  have been found effective at reducing the side-effects of chemotherapy, including diarrhea, nausea and vomiting.   (I think everyone knows a cancer patient that would love to get rid of those side-effects.)   The herbs are also being reported to “bolster colon-cancer treatment”.1

Will this study, help hurdle Traditional Chinese herbal medicine into mainstream American cancer therapy?  Time will tell.  Chinese herbs have been used for centuries safely and effectively and are the first medicine given before drugs throughout Asia.

The scientific team led by Yung-Chi Cheng, an oncology researcher at Yale University was funded in part by the National Cancer Institute, is planning to begin Phase II clinical trials. Many conventional medications are derived from individual chemical agents originally found in plants. In the case of Huang Qin Tang, however, scientists so far have identified 62 active chemicals in the four-herb combination that apparently need to “work together” to be effective.

Josephine Briggs, head of the National Center for Complementary

and Alternative Medicin (CAM) said about this herbal combination,

“It’s polypharmacy,” or the equivalent of several drugs being administered at once.

Dr. Cheng began his research on Huang Qin Tang about a dozen years ago when he sought a better way of dealing with the chemotherapy’s side effects.  Dr. Cheng, who grew up in Taiwan, and turned to Traditional Chinese Medicine, (TCM) which often uses herbal combinations for gastrointestinal problems. He decided to test whether it could help cancer patients without compromising the effectiveness of the chemotherapy.

The potential in Chinese herbal medicine is vast indeed.

What will they find next?

Chinese herbs in places like Japan, Taiwan and China have been used for centuries and their reputation in the healthcare system is undeniably successful. Chinese herbal medicines health insurance coverage is part of the national health insurance in these Asian countries