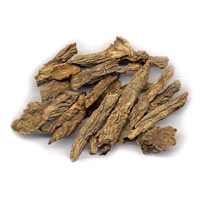 Dipsacus is commonly used in conjunction with Niu Xi above, to enhance the effects of both herbs. Dipsacus treats both the liver and kidney channels, key components in menstrual irregularities. Being sweet and slightly warm it can strengthen the enhance yang energy. (Women are predominantly yin and can always use more yang energy). Dipsacus promotes blood circulation without the sticky properties of some herbs. Its main Chinese medicine functions include tonify the liver and kidneys, strengthen sinews and bones and gently invigorating blood, and alleviating pain. 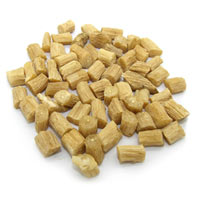 Achyranthes has a long history of use for maintaining healthy blood flow. Its most common uses are for invigorating the blood, unblocking the menses and moving the blood in the channels especially in the low back. This herb is wonderful for pain related to trauma because it works quickly by increasing blood flow. Recent research shows Achyranthes has an abundance of polysaccharides which enhance red blood cells and effect platelet aggregation. It is best for relieving pain, reducing inflammation and lowering blood pressure. (published in the Journal of Chinese Medicine, 8 (3): 165-167, 1997). 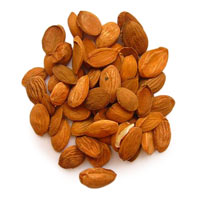 Peach kernel is very useful in a broad range of blood circulation applications. Menstrual pain, amenorrhea or irregular menstruation are all improved when blood is flowing more freely. This herb invigorates the blood and in so doing relieves the pain. It is commonly used for traumatic sports injuries with bruising and pain. It is believed its effectiveness stems from its marked anti-inflammatory influence.

This herb is commonly combined with Dang Gui for irregular menstruation and dysmenorrhea. This herb has a major role in regulating our liver energy and is known for not only stopping the pain associated with our menstruation but also the ability to help regulate our menstrual cycles. Its actions are intensified when combined with other herbs such as Dang Gui and Bupleurum. The Grand Materia Medica written approximately 200 AD states that Cyperus is the “Commander-in-Chief of Qi disorders, and for gynecology, the Supreme Leader.” It is also called an “immortal herb for women” as far back as 1550 AD. Cyperus’s known chemical constituents include volatile oils, flavonoids and proteins. 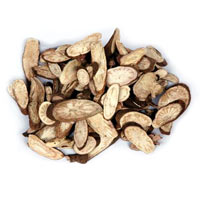 Three similar plants are all called peony, and different parts are used in some cases. The bark of the root of Paeonia suffruticosa is called moutan or mu dan in China, where it naturally grows. Red peony root comes from wild harvested Paeonia lactiflora or Paeonia veitchii. The bark, red peony root, and white peony root all have somewhat different properties. The color indicated does not refer to flower color. Chi shao or red peony is used for bleeding or lack of blood movement, depending on how it is prepared in Chinese Medicine. Red peony root and moutan bark have both shown antioxidant activity in test tubes, likely due to the presence of paeoniflorin, proanthocyanidins, and flavonoids. Polysaccharides found in peony bark and root have shown an ability to stimulate immune cells in the test tube. 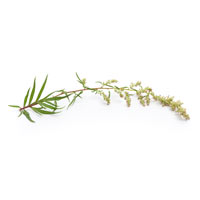 Mugwort can be used wherever a digestive stimulant is called for. It will aid the digestion through the bitter stimulation of the juices whilst also providing a carminative oil. It has a mild action in aiding depression and easing tension, which appears to be due to the volatile oil, so it is essential that this is not lost in preparation. Mugwort is also commonly used as anemmenagogue in the aiding of normal menstrual flow. 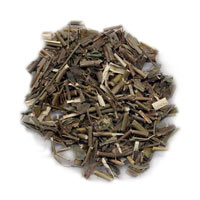 Abundant research has been done on Bupleurum root used to treat headaches, liver cirrhosis, jaundice, common cold and irregular menstruation with pain and cramps (to name a few) in Traditional Chinese Medicine. (TCM) This medicinal has demonstrated anti-inflammatory properties, along with sedative and analgesic effects. Bupleurum is used in TCM to spread the liver qi and relieve the liver qi stagnation. With other herbs in this formula its primary addresses reducing painful menstrual cramps. 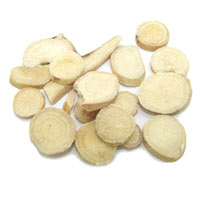 White peony is one of the most often used herbs in Chinese herbal medicine. It is an extremely effective tonic herb and is used to purify the blood. White peony is legendary as a muscle relaxant, it relieves cramps (in the stomach and elsewhere) and reduces pain. Its antispasmodic and analgesic qualities are magnified when used with licorice root. 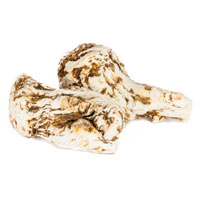 Known as the “Queen” herb for women Dang Gui is in nearly every Pacific Herbs product. The reason for this is summed up in the Chinese medicine phrase “10 formulas, 9 angelicas.” In other words, 9 out of every 10 formulas include dang gui. (AKA angelicae) It has been this way for over 2000 years and will continue to be this way. Dang gui is a blood tonic herb. It gently helps our livers, builds, clean and purifies our blood. 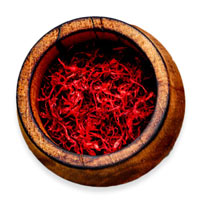 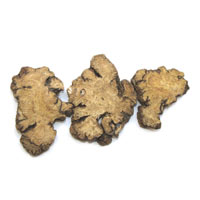 This very popular and common herb in many Chinese herbal medicine formulas is used to regulate blood circulation. In iSleep Herb Pack a small amount is used help circulate and improve the actions of all the herbs in the formula. The entourage effect is important. Like making a cake, it’s not just the sugar, flour and butter. It’s the spices, the egg, the milk and all the other yummy things that make a cake so wonderful. Same is true of herbal formulas used for centuries. Certain herbs work better when paired together. 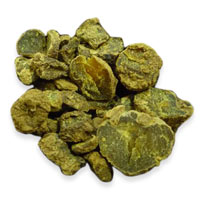