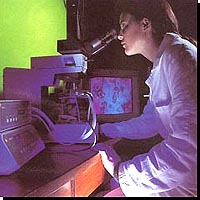 I can’t think of a better way to celebrate World Malaria Day than to write  on a Traditional Chinese Medicinal herb and it’s benefits for  malaria. Ok, I know most of us in the west don’t know much or maybe anything about this disease. Some may even be thinking… isn’t malaria one of those plagues from the middle age

Malaria is the number one killer in underdeveloped countries, especially prevalent in Africa where it’s an epidemic. As many as 5 million people each year contract malaria, many recover, many do not. Malaria kills nearly one million people worldwide each year. The Bill and Melinda Gates Foundation has given millions of dollars for malaria research with the goal of eliminating malaria in our lifetime and by the looks of recent developments, well… read on.

So what does this have to do with Chinese herbal medicine and why did I choose this topic? Malaria has been successfully treated with Chinese herbal medicine for centuries. This is not news, well not to Acupuncturists or Chinese Medical Doctors nor to the scientists and drug companies searching out a cure or a vaccine for malaria. What is news is what Reuters published in an article (yesterday) which I’ve cited below and am quoting here, “elimination (of malaria) in a number of countries is certainly in sight.” Fantastic, right?!

Here’s what really exciting! “New medical treatments such as a drug developed by a Swiss pharmaceuticals company  Novartis using artemisinin, a compound derived from a herb used in Chinese traditional medicine, are driving down deaths and infections, said “Chris Hentschel”  of the Medicines for Malaria Venture.” The FDA has also recently approved the drug Coartem, an artemisinin-based combination treatment (ACT) for malaria, which is said to have a 96% cure rate  Can you imagine: A pharmaceutical company using an herb-derived compound? Should we be shocked?

We in the Chinese Medical community are not shocked. We know the use of Chinese Medicinal herbs have been used for centuries with g areat success and we’ve all known that Artemisinin, Qing Hao, has been successfully used in the treatment of malaria. But doesn’t it feels great to be vindicated through “Big Pharma” ? When any big pharmaceutical company decides to study the compounds in “our” (Chinese) medicine cabinet we can all stand proud and say, look big pharma, our herbs have proven compounds that even your labs haven’t been able to invent and there’s more in the medicine cabinet than just Artemisinin.

The credibility of Chinese herbal medicine is coming full circle in the scientific age. We can only hope this is just the tip of the iceberg. The efficacy of Chinese herbal medicine has a 2000 plus year history. Reuter’s goes on to report, “The treatment, administered to 57 million people last year, saved half a million lives last year.” That’s big news! If there was a drug that saved 500,00 people in the US, last year alone, we would be hearing about it. Because it’s in underdeveloped nations, this news doesn’t make the nightly 5 o’clock. But I can think of no better way than to start my blog page with what should be the Biggest News in the world today, especially on World Malaria Day.

A prominent physician and alchemist named Ge Hong (284-364CE) wrote a formulary called Zhou Hou Bei Zhi Fang (Prescriptions within Arm”s Reach for Use in Emergencies) Many of the formulas in this book are still in use today. He was the first to mention qing hao, (Artemisia Annua) as a treatment for malaria.

One thought on “Chinese Medicine for Malaria”